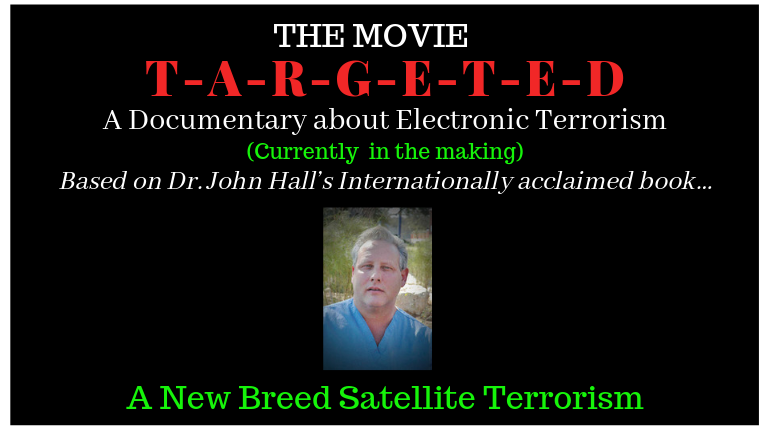 Does Electronic Terrorism really exist? Many don’t think so.  But a portion of the population knows otherwise.  Dr John Hall’s documentary,’TARGETED’ is in the making, and will make you see how things really are.

Have you noticed over the last couple of years that mainstream television shows and movies are often showing fictional plots of a character claiming:

Have you noticed over the last couple of years

Fictional plots of a character claiming:

Even children’s television programs are starting to use some of these phrases.

Have You Ever Wondered Where The Producers
Get These Ideas From?

As hard as you may find this to believe – These movie plots above, are based on true facts and the technology to do this has existed for decades, but is largely kept under the disguise of ‘Classified Information’.

These technologies and the associated tactics that coincide with them, have been used on individuals around the world for decades, but due to the classified information cap, mainstream healthcare professionals, law enforcement, and the public have not been made aware of the technology or what it can do.

The Abuse of this technology is known as Electronic Terrorism, and also referred to as Satellite Terrorism.  Victims of this abuse are known as Targeted Individuals.

See our SUMMARY of  – What a Targeted Individual Experiences.

When victims report their experiences they are often maimed as mentally ill, as their stories sound too bizarre/far fetched to be true, and proof is hard to get.

The documentary is currently in the making, and will be displayed as a movie, and is named, ‘TARGETED’.  Based on Dr. John Hall’s Internationally acclaimed book…

​The movie is informative and scary – A Must See movie for the 21st Century.  It is taken from true events that happened to John and his fiance in San Antonio, Texas.​

If you would like to help make this movie eventuate you can DONATE here.
​

There are hundreds of thousands of innocent people all over the world who are being Targeted for no apparent reason.
​
These people are harassed, stalked, injured and worse; all for the reasons of experimentation and entertainment.

​​Dr Hall now has a Follow up Book…
Guinea Pigs: Technologies of Control

This book shows what can happen to Targeted Individuals.​