Targeted Individuals not only experience the tortuous electrical DEW weaponry attacks and associated effects from them, they also experience various stalking type tactics, and what I refer to as mind games.

This is all done with the aim to drive the TI  further into looking, sounding and eventually going nutty/crazy (or to think they are crazy.   These tactics are well orchestrated, and proof of them is often impossible to get.

If you are a TI or think you may be a TI, and this type of thing is happening to you,  you are not crazy, this is all being done to make you look that way.

​(“DISCLOSURE – To help fund this site to keep it up and running, Organised Crime of Covert Electronic Assault, Stalking & Surveillance NZ.com may get commissions for purchases made through various links and/or banners in this post.”)

These tactics are known as:-

Have you Had a Lot of Bizarre Activities

Done Inside and Around Your Home When you are Out?

These Tactics are Often Common to a Targeted Individual…

and are Staged to Make the Victim Question Themselves.

We can all Experience Odd Things or Misplace Things from Time to Time,

But a Targeted Individual experiences the below examples…

CONSTANTLY
There is not usually any sign of evidence in the types of tactics used.

NOTE:  It is not unusual to have any reports/medical records go missing from the department they are filed with.  Particularly if they have any substance to proving you are telling the truth, or that you do not have a mental illness
This also applies to any other reports that include proof of ill health, and/or damage caused from the  other tactics done to you etc.

It is not uncommon for any copies you may have at home to go missing as well.
It is CRUCIAL that you hide extra copies elsewhere.

When a Victim (Target) Reaches Out for Help…

When the victim reaches out for help by friends, family, and authorities, they often get labeled as paranoid and/or delusional…

As there is often no proof of the tactics being done, and it all sounds impossible.

This Results in the Victim being Re-victimized – All Over Again. 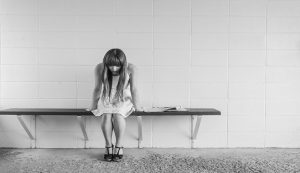 These tactics are well organized
To make you sound delusional,
Look delusional
&
​
To eventually end up delusional.
Methods to make you loose all​
Credibility

Former Secret Service Agent Speaks out About His…

September 2015 – ​Carl Clark describes how he targeted people and then became a target himself after he’d opted out.  He also took part in the deployment of microwave weapons in order to torture others, after which they were later turned on him.   He tells us why he blew the whistle below…

Secret Surveillance and Electromagnetic Torture by the Secret Services

This is another more informative interview vis the Raum und Zeit magazine with Carl Clarke.  The story told by Carl Clark will partially take your breath away.   The Englishman describes how he targeted people and then became a target himself after he’d opted out. He also took part in the deployment of microwave weapons in order to torture others, after which they were later turned on him. “These criminal shenanigans need to be exposed in public so that they can be stopped.” He describes below why he blew the whistle…

Some Common Examples of Tactics Inside/Outside your Home…

If you are a Target you will easily recognize these types of tactics.

How to Tame a Demon By Robert Duncan
This is an excellent book for victims. It gives an overview of what victims experience and gives excellent advice.  He also highlights the common traps victims fall into.

Click the image to the right
To view/purchase the book

Some Common Tactics on the Street
also known as
Organized Stalking, Gangstalking, Street theatre
Please NOTE:  Just like the tactics in and around the home above, there are endless variations of tactics the perpetrators do to a Target on the street, or when out and about.  The list below is only a summary…

An excellent booklet by Eleanor White about Stalking – the psychologies behind it and common tactics used pages 1-28. Includes some easily assessable technologies used by these stalkers – Coping with the Crime of Organized Stalking & Electronic Harassment.

What to Do If You Are Experiencing the Above

Diary – Enter everything into a diary – Record everything you notice that is out of place/swapped/damaged  – take photos.

Note:  Once you have recorded these things try to switch off from it – let the anger/fear go and focus on positive things.