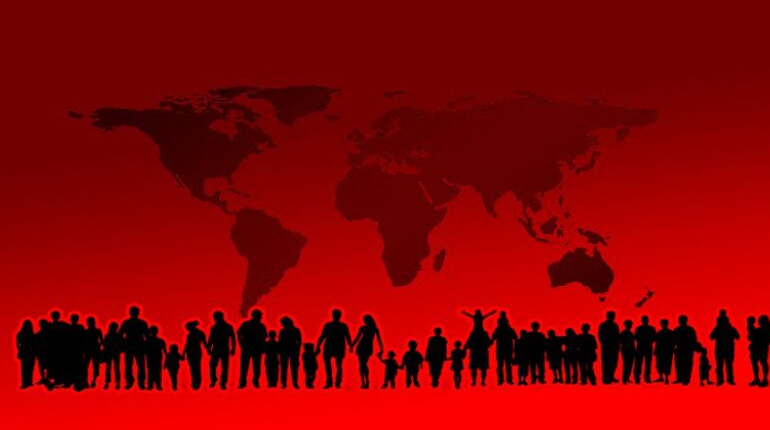 Beginning in 2016 and continuing into 2017, a number of US diplomats and family members stationed in Havana, Cuba were sent home, as they began to report complaints of sudden onset dizziness, ear pain, tinnitus, headaches, neurological problems, hearing loss, feeling nausea, memory problems, and various other symptoms that haven’t been openly publicized yet. 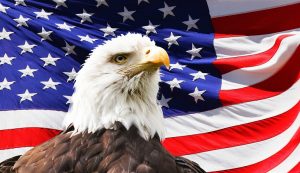 Most of the affected diplomats also reported hearing an unexplained noise before the symptoms began.

Now it is also reported that US diplomats that were stationed in China have also been sent home due to the same type of persistent health effects.

with Each Other About the Cause…

Various scientists, psychiatrists and other healthcare professionals are suggesting the cause of the diplomats’ symptoms are likely to be various mental/psychological issues, and mass histeria due to stress, even though various experts have proved the diplomats have physical symptoms as well, that can be caused by microwave weaponry.

Astute scientists and current affairs program 60 Minutes have highlighted the fact that the diplomats’ symptoms are NOT likely to be caused from psychological or stress issues, due to some physical evidence.  You can view the Test Results – Here.

It’s also important to note: The diplomats’ children and pets have also been experiencing effects and getting sick.  So this is another thing that confirms mass hysteria and stress are NOT the cause – Re in the video further down the page:

The three in the video below: Are among at least 15 American officials in China who say they suffered unexplained brain trauma after being attacked by a mysterious weapon in 2016. Previously, 26 Americans who worked in the U.S. embassy in Cuba said they also experienced an attack and have similar symptoms.

The government employees weren’t the only ones targeted. Their spouses, children, and family pets also exhibited neurological symptoms after hearing strange sounds in their homes.

While some reporting has claimed the victims were suffering from mass hysteria, and not from some sort of attack, the producers say their own reporting doesn’t back that up.

“There are a lot of elements here that just discount the idea of this being mass hysteria,” Zill de Granados said. Read more here

They’ve been described as “sonic attacks” — bizarre, unexplained head injuries that spurred the United States to bring home diplomatic staff from China and Cuba.  Now scientists are saying the ailments could have been caused by microwave weapons.

“About 4.20-min into this video below, they mention that a lawyer representing these diplomats states:

The diplomats think that these types of attacks could be going on around the world, and spin back for decades”…

The diplomats are CORRECT when they mention attacks from these Sonic, Microwave, Electromagnetic weaponries may also be being used on the public.

These Weaponry Systems Have Been Used ON Unwitting Innocent Public Citizens for Decades.

Because mainstream doctors and scientists are not taught about the effects of these weaponry systems, and in some cases silenced from speaking about them, these citizens are often maimed as Mentally ill, and are not given appropriate tests to prove at least some of their symptoms.

(Most of these mainstream doctors are not interested in the credible research/informations these citizens give them, that back-up their claims either)

These weaponry systems have been designed to leave no trace, and have the capabilities to create any illness, including mental illnesses, hearing voices or sounds in the head, physical symptoms of any injury, as well as fake symptoms of these.

In other words – These systems can control the mind (brain neurologically – mind control) to the extent the body mimics the health or physical effect.

Dr Barrie Trower gives an outline about microwave frequencies,  electromagnetic weaponry systems,  what they are capable of,  and confirms they have been in use for decades.

You can view more informations by former governmental employees (whistle-blowers), journalists and professionals about these weaponry systems – Here

Note: On page 4 of his affidavit, Dr Trower confirms knowledge of Microwave Weaponry attacks being done on US Diplomats in Moscow – Here  ( These weaponry attacks that took place in Moscow between 1953 – 1976 were not widely or fully publicized to the public).

Depending on the Type of Electromagnetic Weapon Used…

The intensity used, and what part of the body it is directed at, will depend on what effect is experienced by the individual.

Most of these weaponry systems work by sending invisible electromagnetic beams at the chosen target (person or crowd) to get the desired effect.

Depending on how intense the beam is, will depend on whether the person will realize an actual beam is on them.

A selected individual can be in a room full of people and suffer from an attack, while everyone else in the room, has no effects.  These weaponry systems can also be used to control crowds or groups of people – (EG: crowd control).

Most (mainstream) medical tests will not show the full extent, or that any health effects to the health have actually taken place. 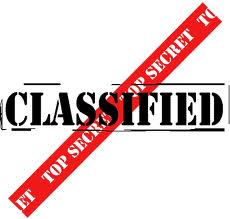 Most governments have known about these weaponry systems, what the deadly untraceable effects of them are for decades, and have kept if from the public under the guise of “CLASSIFIED INFORMATION“.

Mainstream scientists and doctors are not taught about these weaponry systems, and others are silenced from admitting the effects of these, due to these weaponry systems being owned and run by various rogue elements, governments, and associated sub-contracted entities, and used for medical, military, intelligence, political, crowd control, and medical experimental purposes.

This is why you don’t see much on mainstream media about these weaponry systems.   Many mainstream media outlets and journalist are often silenced (have silence orders) put on them so they cannot report the truth or full truth.

For this reason, when many citizens of the public have approached medical and law enforcement professionals about their experiences, they have also been accused of mass hysteria, having a mental illness (just like some  professionals are trying to say now in regards to the US diplomats)).

This results in the individual not being given appropriate tests for even some of the effects they experience.

These Public Citizens Refer to Themselves as,
‘Targeted Individuals‘.

It is also NOT uncommon for many of these individuals to be followed (stalked), and/or to have break-ins to their homes, that is done in such a way, there is no solid evidence a break-in has occurred.

Some of these Targeted Individuals have also managed to prove they have been illegally implanted with various types of Microchips & Foreign body objects, without their consent or knowledge of when the implantation took place.

Even with this evidence, they have still been maimed as mentally ill.

Many of these individuals have come together and have created organizations across the world to bring awareness,  about the abuses of these Microwave Electromagnetic weaponry systems and illegal implantation to the public.

Recently these worldwide organizations have grouped together and have formed an International Organization (a coalition currently at the stage of seeking registration as I write this – September 2019) to raise awareness, and gather more experts to prove these abuses and bring those responsible to justice.

(Funds are Currently Needed to Get the Real Truth Exposed, and to Bring those Responsible for this Un-ethical, Barbaric Crime to Justice?)

If you would like to help or donate while IRMAETOS is seeking registration – ICATOR –  International Coalition Against Electronic Torture and Robotization is the current registered International coalition (that will soon be amalgamating to be IRMAETOS).

The diplomats above mention symptoms that are among many of the symptoms ‘Targeted Individuals (un-witting public citizens)’ have been experiencing, and reporting for decades.

(The symptoms that many of these diplomats complain of include, Pressure & pain in the head, that at times was almost paralyzing: Pressure & pain in ears, Often worse at night in bed: Pets and their children became sick with mystery illnesses: Nausea: Hearing loud sounds, Hearing voices & messages, Hearing loss: Symptoms of having concussion (without actually causing concussion), Disorientation, Dizziness).

(1)  Yet most Targeted Individuals end up being maimed as mentally ill when they report their effects – So they are silenced from the truth coming out to the larger populations of the public!

(2)  Whistle-blowers that have worked in Governmental departments, including in Intelligence agencies have spoken out and given some evidences in their writings of what is really being done with these Microwave Weapons – They to are silenced from the truth coming out to the larger populations of the public!

(3)  Now as I am completing this article – Mainstream-media is reporting the noises the US Diplomats heard just before the attacks are likely to be crickets, and that many of their other symptoms are likely to be caused from Mosquito gas – Even though there are plenty of evidences and declassified documents that support the diplomats affects as running inline with a Microwave Weaponry attack!

It is also important to note that the US diplomats are likely to have been silenced from telling their full stories publicly.

This 2019 Video below Will Enlighten You Further…

This video not only discusses what their technologies can do, it also includes implantation and chemical warfare done in plain view… Read more.

As Each Year Passes these Weaponry Systems Get more

There is a lot of credible information, declassified documents, from various professionals and whistle-blowers on the internet that confirm these electromagnetic (microwaves) weapons exist, and what they are capable of and how they have been used on the unwitting public for years.

You can view some of their writings and videos – Here.