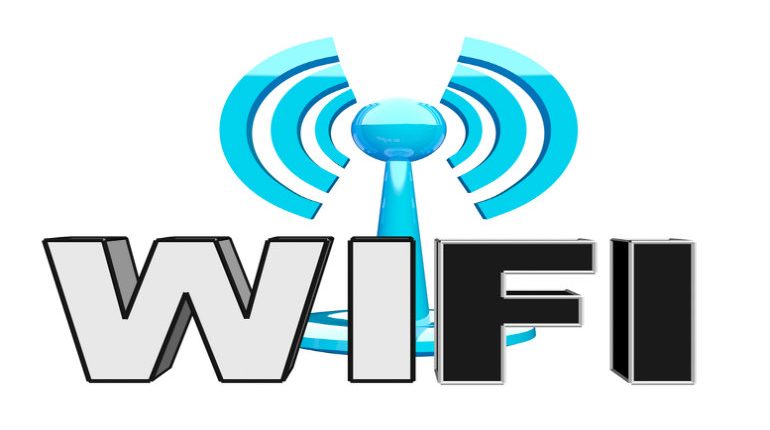 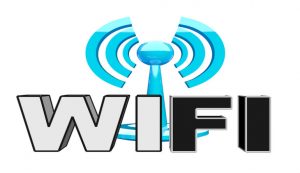 There has been much controversy on whether low-level emissions of microwave and radio-frequency radiations are harmful to human health. (These frequencies are also known as electromagnetic frequency – EMF’s).

Many government legislators and communications providers have told the public these WIFI technologies are safe, and written guidelines to convince the public further.

However, many scientists/researchers don’t agree the emissions of radio/microwave frequencies emitted from these technologies are safe.

The sad reality is: Many governments have known the risks and allowed these technologies into the public arena…

Stating that constant low-level microwave and radio-frequency radiation is safe.

As you will see in many of the studies below…
This is in-fact NOT TRUE!

Many scientists including military scientists and microwave specialist scientists have been ignored or silenced in their warnings of the extreme hazards microwave and radio-frequency radiation emissions will have on the public.

Some scientists have even stated that when they are asked to do a report, they are told what the results are to be – if they want the contract.

Often these reports/studies are funded by governments, the communications industry or the studies are done in schools and universities, that will lose funding if they don’t publish the result they are asked to give.

Therefore, many of the studies used for the guidelines are far from accurate.

Dr Barry Trower Gives An Overview
Of the Health Hazards

A condensed version of an interview with Barrie Trower In November 2010 with the World Foundation of Natural Science.

Dr Trower is a conscionable whistle-blower who lectures governments, councils and the public around the world on hidden dangers from every-day microwave technologies such as mobile-phones and WiFi technologies, also advising how to use these technologies in a sensible way.

Is well worth reading

Various Studies Confirming the Risks of…

Please note, the studies below are only a small handful of studies that confirm radio/microwave emissions are hazardous to your health.

It is very clear in this report that microwave and radio-frequency radiation has  ‘hazardous health effects to humans and was well known prior to 1971’!

More than 2000 references on the biological responses to radio-frequency and microwave radiation, published up to June 1971, are included in the bibliography.  Particular attention has been paid to the effects on man of non-ionizing radiation at these frequencies.

Authors: C.-K.Chou, A.W.Guy, L.L.Kunz, R.B.Johnson, J.J. Crowley, J.H.Krupp from the US Airforce Bioelectromagnetics Research Laboratory
Long-Term, Low-Level Microwave Irradiation of Rats
(This study was completed in 1984 by the Air force, but was not published until 1992, and became available on the internet in 2005).
The finding was of a near fourfold increase of primary malignancies in the exposed animals compared to those not exposed to low-level microwave.

Confidential Report on TETRA for Police Federation 2001
This report confirms the extreme hazards microwave electromagnetic frequencies generate.  Dr. Trower explains how these frequencies cause damage to the body and points out the hazardous health effects involved.  Countries using the TETRA System

2010 Video: Dr Trower speaks out about the TETRA System Recommended to Watch This video interview was done with The World Foundation for Natural Science in 2010.  It explains the TETRA situation and health hazards in an easy to understand way. The Dangers of Microwave Technology – TETRA Airwave System / Tetra Radio

2004 – Dr Barry Trower warns about illness and death from TETRA – TETRA a Critical Overview by Dr B Trower, August 2004

This Research Report has been written for all students and non‐scientists to be able to understand.

2001 – New Zealand Study
Author: Dr Neil Cherry
Evidence of Brain Cancer from Occupational Exposure to Pulsed Microwaves from a Police Radar
A study based on many research papers – Conclusion – A somewhat more comprehensive review of the scientific evidence of genotoxicity, cancer, brain tumor and astrocytoma from chronic pulsed microwave exposure shows that the risk is real and significant.
The safe level of exposure of this toxic agent is zero for human populations. The police officer concerned had his head regularly exposed to a pulsed radar signal from a traffic radar over an 8 year period, at intensities 23 to 167 times higher than the level that significant DNA damage has been observed. Hence he had a real and significant risk of developing a brain tumor. His astrocytoma shows that he did.

The research results to date clearly show that cell phones and cell phone radiation are a strong risk factor for all of the adverse health effects identified for EMR because they share the same biological mechanisms.

The greatest risk is to cell phone users because of the high exposure to their heads and the great sensitivity of brain tissue and brain. Cell sites radio/TV towers and radars are risk factors for: Cancer across all body organs especially brain tumour, breast cancer and leukaemia.

2004 Germany Study
Authors: Horst Eger, Klaus Uwe Hagen, Birgitt Lucas, Peter Vogel, Helmut Voit
The Influence of Being Physically Near to a Cell Phone Transmission Mast on the Incidence of Cancer
The result of this retrospective study in Naila shows that the risk of newly developing cancer was three times higher among those patients who had lived during past ten years (1994-2004), within a distance of 400m from the cellular transmitter, in comparison to those who had lived further away.

Increased Incidence of Cancer Near a Cell-Phone Transmitter Station (a Cell Tower)
This study indicated an association between increased incidence of cancer and living in proximity to a Cell Tower. Those living near a Cell Tower are 4.15 times more likely to develop cancer.

Dirty Electricity Elevates Blood Sugar Among Electrically Sensitive Diabetics and May Explain Brittle Diabetes
In addition to lifestyle and genetics, the environment appears to be another factor contributing to high levels of blood sugar. This concept presents a possible paradigm shift in the way we think about diabetes and the consequences may be far reaching. As a result, we have labeled environmental diabetes as Type 3 diabetes.

2011 – Brazil Study
Authors: Adilza C. Dode a,b,e,⁎, Mônica M.D. Leão c, Francisco de A.F. Tejo d, Antônio C.R. Gomes e, Daiana C. Dode e, f, Michael C. Dode e, Cristina W. Moreira b, Vânia A. Condessa b, Cláudia Albinatti b, Waleska T. Caiaffa
ESTUDIO_BRASIL_BrazilCellTowerStudy
This study found mortality rates and the relative risk were higher for the residents inside a radius of 500 m from the BS (base station also known as a cell tower), compared to the average mortality rate of the entire city, and a decreased dose response gradient was observed for residents who lived farther away from the Base Station.

2011 (May) – Interphone – International Study
Authors: Various countries
Risk of Brain Tumours in Relation to Estimated RF Dose from Mobile Phones Results from Five Interphone Countries
Conclusion: There were suggestions of an increased risk of glioma in long-term mobile phone users with high RF exposure and of similar, but apparently much smaller, increases in meningioma risk.
The uncertainty of these results requires that they be replicated before a causal interpretation can be made. Note: This Interphone study was an on going one, the final results published in November 2011 state further investigation is needed – UICC_Report_Final_03102011

2013 – Canada/U.S.A Case Study of Four Women
Authors: John G. West, Nimmi S. Kapoor, Shu-Yuan Liao, June W. Chen, Lisa Bailey,Robert A. Nagourney
Breast Cancer from Mobile Phones Case Study
Breast cancer occurring in women under the age of 40 is uncommon in the absence of family history or genetic predisposition, and prompts the exploration of other possible exposures or environmental risks.
We report a case series of four young women—ages from 21 to 39—with multifocal invasive breast cancer that raises the concern of a possible association with nonionizing radiation of
electromagnetic field exposures from cellular phones.
Although the numbers of reported cases here are too small to have a scientific conclusion, the findings are intriguing and support the notion that direct cellular phone contact may be associated with the development of breast carcinoma.

A total of 253 gliomas, 194 meningiomas and 892 matched controls selected from the local electoral rolls were analyzed. No association with brain tumors was observed when comparing regular mobile phone users with non-users. Conclusion: Our data supports previous findings concerning a possible association between heavy mobile phone use and brain tumors.

2015 – Switzerland Study
Authors: Sultan Ayoub Meo ,, Yazeed Alsubaie , Zaid Almubarak , Hisham Almutawa , Yazeed AlQasem  and Rana Muhammed Hasanato
Association of Exposure to Radio-Frequency Electromagnetic Field Radiation (RF-EMFR) Generated by Mobile Phone Base Stations with Glycated Hemoglobin (HbA1c) and Risk of Type 2 Diabetes Mellitus
Exposure to high RF-EMFR generated by MPBS is associated with an elevated level of HbA1c and prevalence of pre-diabetes Mellitus among school-aged adolescents. RF-EMFR appears to be another risk factor contributing to high levels of HbA1c and incidence of type 2 diabetes mellitus.
This study provides awareness to the community and to the health officials regarding the effects of RF-EMFR generated by MPBS on HbA1c and its association with type 2 diabetes mellitus.
We cannot deny the services provided by the mobile phone industry but we also strongly believe that health is more important and it cannot be compromised over anything.
Thus, it must be kept in mind the mobile MPBS should not be installed in the thickly populated areas, especially in or near the school buildings.

On 11th May 2015 a group of over 160 scientists from across the globe, with over 2000 peer-reviewed studies to back up their concerns of the severe health risks of EMF’s, appealed to the United Nations (UN) and the World Health Organization (WHO) to put greater protection against the severe health risks the emissions of  EMF’s – (also known as radio frequencies, microwave frequencies – non-iodizing radiation) can cause.
_____________________________________
2018 – Long Term Animal Study Confirms Cell Towers Cause Cancer
Researchers at the renowned Ramazzini Institute in Italy have announced alarming results of a large-scale lifetime study.
Final results regarding brain and heart tumors in Sprague-Dawley
rats exposed from prenatal life until natural death to mobile phone radiofrequency field representative of a 1.8 GHz GSM base station environmental emission.

Italy’s highest court has upheld a lower court ruling that a brain tumor suffered by a heavy mobile phone user was caused by cell phone radiation.

The Seventh Chamber of the Paraná Regional Labor Court (TRT-PR) determined payment of compensation to a Curitiba technician who worked for fifteen years in the maintenance of telephone towers and developed a rare type of bone cancer.

Jeffrey B. Morganroth, of Morganroth and Morganroth PLLC, said, “We now have opinions and testimony from prominent scientific experts that will be admissible and support our clients’ claims that cell phone radiation can cause brain tumors in humans. With this landmark ruling, the cases are moving forward to fact discovery.”

Each of the plaintiffs in the litigation suffers from a brain tumor or is suing for a family of someone who died of brain cancer.

The first of the consolidated cases is “Michael Patrick Murray, et al., v. Motorola, Inc., et al.,” Case No. 2001 CA 008479 B in the Superior Court for the District of Columbia. The defendants in the cases are Motorola, Inc., Qualcomm, Inc., Nokia, Inc., Audiovox Communications Corp., and Samsung Telecomm American, LLC.

Many government departments and communications companies claimed cell phones (that also emit radio/microwave emissions) were safe, and now there are many lawsuits going on regarding the severe health effects including cancer this device has caused.

In knowledge of this, many governments still fail to ensure the public are kept safe and made fully aware of the truth about all WIFI technology.  Instead, they are pushing it onto young children in schools and at home.

Be sure to share this article with your friends, to help stop our children from enduring the severe long-term health effects of WIFI technology.

Health Canada Admits Safety Code 6 Guideline for Microwave Radiation is Based ONLY on Thermal Effects!

Cell Phone Radiation and EMFs – Be prepared to be surprised